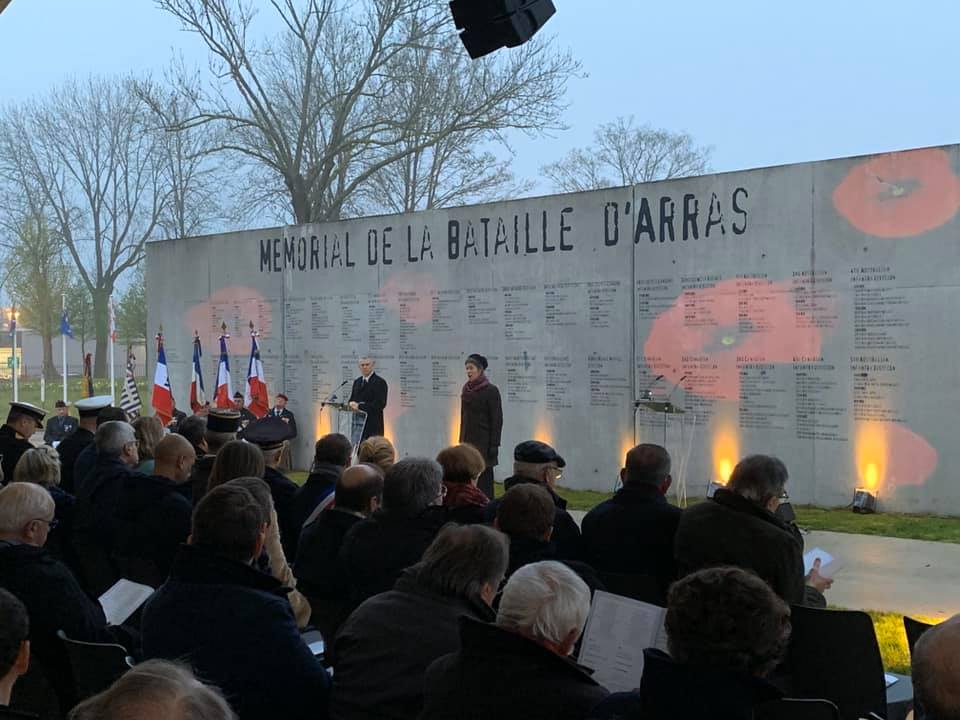 A photo of 2019’s Dawn Ceremony, before the COVID-19 social distancing rules.

103 years ago, on 9th April 1917, the Battle of Arras began, a battle which caused over a quarter of a million casualties and losses. Each year, the city of Arras commemorates the dead during a dawn ceremony at the Wellington Tunnels.

In 1916, 500 miners from the New Zealand Tunneling Company including Māori and Pacific Islanders, together with the Royal Engineer tunneling companies, dug twelve miles of tunnels to connect the existing tunnels under and around Arras. They were fitted with electricity, running water, latrines, a light rail system and a hospital. They could accommodate over 20,000 people.

At 05:30 on the morning of 9th April, 1917, the exits of the tunnels were dynamited and the allied soldiers began their attack on enemy trenches. Despite initial success at pushing back the enemy line, the casualty rates reached over 4000 per day and the offensive was called off.

On 9th April, the Battle of Arras will be commemorated on Facebook. there will be broadcasts of music, speeches, and remembrance ceremonies throughout the day, including speeches by the Mayor of Arras, the British and New Zealand ambassadors, and film-maker Sir Peter Jackson. Emma will sing at 06:30 and 09:30, and she was honoured to be invited to speak the Act of Remembrance in English.