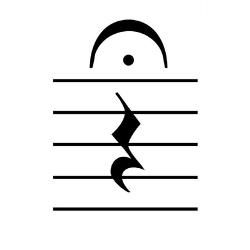 The COVID-19 pandemic has led to many events being cancelled or postponed. Emma had the following events in her agenda until mid-May.

In the meanwhile, it is possible to hear her singing in her new albums “Echoes of War” and “Fantasia,” both of which are available on Spotify, Apple Music, and to purchase as CDs in stores such as Amazon and Floating World Records (see links).

She hopes that all her readers will stay safe and well during these uncertain times.

8th – 21st March – Visit to Ulaanbaatar, Mongolia to work together with the children and music teachers of the CNCF Blue Skies Ger Village on music and performance, and on preparing for the anniversary gala dinner. (cancelled)

3rd April – A concert of English Song from Dowland to Sting in Sijthoff, a culture centre in Leiden, the Netherlands, with Hungarian guitarist Robert Sinha. (cancelled)

5th April – (tbc) Guest singer during a football match between FC Twente and Fortuna Sittard, in which the players were to wear shirts with the names of the 21 British soldiers killed in the liberation of Enschede, with 906 veterans in the public. (pending)

5th April – Liszt’s ‘Via Crucis’ with Dutch concert pianist Willem Brons and the Leidse Cantorij in the Hooglandse Kerk, Leiden, the Netherlands. (cancelled)

10th April – Concert and CD presentation of “Echoes of War” in the beautiful chapel of Arras Conservatoire, with concert pianist Han-Louis Meijer. This was to be the launch of our recent CD in France. (cancelled)

19th April – (tbc) Military Tattoo in Epe, the Netherlands, with the Band of Liberation and Pipes. (pending)

3rd May – Concert in the Dominicus Kerk in Amsterdam, the Netherlands, with the Hoofdstadkoor: Duruflé’s Requiem, the second movement of Goreki’s Symphony of Sorrowful Songs, “Silent, so silent now” from Karl Jenkins’s “The Armed Man,” and Emma’s composition “Mater Pulchra” especially arranged for choir and string orchestra. (pending)

4th May – Remembrance Day ceremony in Hoek of Holland, the Netherlands.(pending)

5th May – Concert with Gouda’s Liedertafel and Han-Louis Meijer in the St Jan cathedral church in Gouda, the Netherlands. (pending)

8th – 10th May – Remembrance ceremonies for the 80th anniversary of Dunkirk and for VE Day in Dunkirk and northern France. (pending)

15th – 18th May – Guest singer with the royal Dutch military orchestra ‘Fanfare Bereden Wapens’ in Lourdes, France, during the international military pilgrimage to Lourdes. (postponed until 2021)