This author has not yet filled in any details.
So far admin has created 245 blog entries. 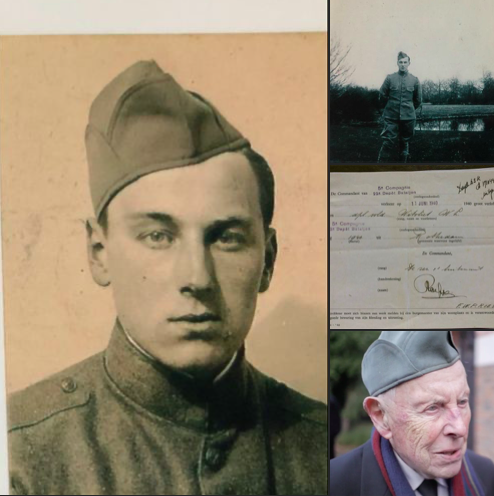 It was an honour to sing at the funeral of the 100-year old Dutch Veteran Willem Witvliet earlier this week.
Mr. Witvliet fought in the Slag om de Residentie in Leiden, the Netherlands, at the start of the Second World War; a battle which helped ensure that the Dutch royal family could escape safely. To my knowledge he was the last surviving veteran of this battle.
Mr. Witvliet marched past the Cenotaph on British Remembrance Day and joined the famous parade in Wageningen on Dutch Liberation Day. He also joined the tours of the Stichting Nederland-Amerika. His family requested me to sing “How Great Thou Art,” which I had sung at the immense American Cemetery, Margraten. It was a very special moment, for the veterans gradually joined in and their voices filled the chapel. Here is a video.
Every day until the end, Mr. Witvliet practised walking in his garden because he hoped to join the march past the Cenotaph this November.
Rest in peace, Mr. Witvliet, and thank you for your service.
admin2021-02-11T13:51:11+02:00February 11th, 2021| 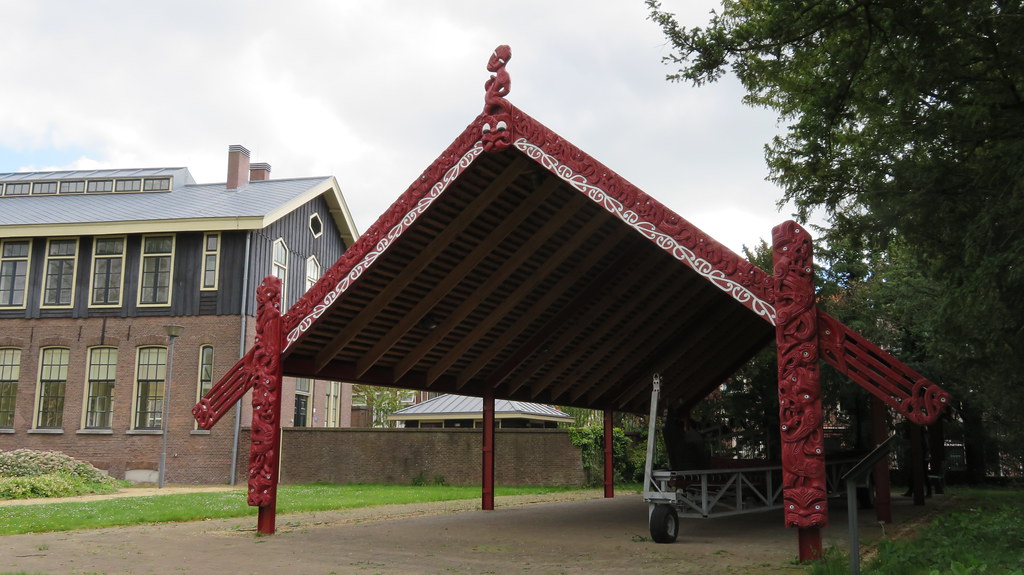 In 2010, two Māori waka (canoes) were brought to Leiden. Their wharewaka (boat house) is on the grounds of the National Museum of Ethnography. The Waka Gezelschap are the permanent crew of the two waka, who protect their cultural integrity. The crew have been trained in hakas, waitas, and of course paddling. In pandemic-free years, they have attended the commemorations at Waitangi and joined in the paddling.

The Waitangi Day commemoration, which took place online this year, was attended by the New Zealand Ambassador to the Netherlands, Lyndal Walker.

Emma was asked to provide music for remembrance at the World Rugby Memorial. Together with the Justinus Ensemble, she recorded the rugby song “The World in Union.” The video features photos of First World War soliders who were rugby players and footage from the Army Navy rugby match. The producer was Peter Breedijk.

2020 has been a challenging year for everyone. I am aware I have been luckier than many people because I have still been able to work. I am grateful to the Dutch churches who invited me to sing at their services, where, until recently, singing was still allowed, when in concerts it was forbidden. In particular, I would like to thank the Hooglandse Kerk and the Binnenstadsgemeente in Leiden and the Bethelkerk in Scheveningen for their continued support. I have also been able to provide videos for the many organisations that organised online events, thanks to the skill and kindness of Peter Breedijk.

The Wayfaring Stranger, for the commomeration of the Battle of Arras. Produced by Peter Breedijk.

The year started well with concerts in Limburg with the New Year’s concert of the reunion orchestra of the Limburgse Jagers (an infantry regiment of the Royal Netherlands Army). In February, I had the launch of the album ‘Fantasia’ with Simple Harmonic Motion. I sang to over a thousand people in Amiens Cathedral, France: the first ever rock concert in the beautiful gothic cathedral.

I had assumed I would be singing in Ulaan Bataar, Mongolia, in March for a foundation working with street children: the Christina Noble Children’s Foundation. I had sung at their thirty-year anniversary gala in Ho Chi Minh, Vietnam, in November 2019. After the gala, I was approached by the team from Ulaan Bataar and we formed a plan which involved singing with the children. In early 2020, I began online lessons with a singer in Mongolia to learn a beautiful Mongolian lullaby.

Looking back, it is amazing that my biggest concern at the start of 2020 was Mongolian pronunciation!

The first lockdown began in March when I was in the Netherlands. I had just returned from a trip to Hungary and Romania, where I was lecturing at Sapientia University and performing with guitarist Robert Sinha. I arrived in Leiden to find there was a toilet-paper and crisps shortage in all the local supermarkets.

A week later, we were in the first lockdown. Gradually, all the bookings I had were cancelled, postponed, or turned into virtual events. 2020 had been super exciting: I had been invited to sing at an international military pilgrimage in Lourdes, France, for the Dutch team at the Invictus Games, and at events in France, Belgium, the U.K., Hungary, Mongolia, and Nepal. Pianist Han Louis Meijer and I had organised a series of concerts to promote our CD Echoes of War in several countries. Guitarist Robert Sinha and I had plans for recordings in Budapest and promoting our lecture and concert series in the U.S. In short, 2020 was a year in which I expected to be reading a lot of books in aircraft.

We were very sad to hear, early on in the lockdown, of the death of Bill Henderson. Bill worked closely with the West Yorkshire Police Band, and we had met several times in Ypres during the remembrance ceremonies in November. He had arranged several concerts for me in England with the band to raise money for the Prince of Wales Hospice. It was shocking and sad that Bill had been a victim of corona. Rest in peace.

In April, together with a group of friends, we live-streamed a mini St. Matthew Passion as a quartet with organ accompaniment by Willeke Smits. To our surprise, it was viewed by over seven thousand people. It seems that it was the only live St. Matthew Passion in the Netherlands, where there is a strong tradition of attending a Passion during Lent.

When I was approached by organisations in Wales and Northern Ireland to provide videos for online remembrance events, I decided to work together with the same group. We called ourselves the Justinus Ensemble since we make our recordings near the grave of Justinus van Nassau. To my delight, Brian Fieldhouse, a friend and a very talented musician, agreed to work with us.

There have been several recording projects with the Justinus Ensemble, including Brian’s arrangements of hymns for remembrance ceremonies, compositions by Brian and me, the Dutch premiere of Thomas Hewitt Jones‘s “Can you hear me?” and even a song for the World Rugby Memorial. We have plans to sing a Bach cantata later this year if the lockdown rules allow.

Here is “Can You Hear Me?” with Dutch subtitles, beautifully edited by Peter Breedijk.

In the summer, it was possible to travel again and I was delighted to sing for the Royal British Legion and the Somme Association in France for the commemoration of the Battle of the Somme. I had also sung for the commemoration of the Battle of Ypenburg in the Netherlands, and at the funeral of the oldest Dutch Second World War veteran, Paul Moerman.

I hope that you, the reader, stay safe and well. I’d like to end this retrospective with a video project with my former primary school, Nottingham Girls’ High School: a version of “We’ll meet again.”

The Justinus Ensemble recorded Emma’s latest composition, Mater Tenera, which is dedicated to Christina Noble. The lyrics are based on the Gospel of St. John and were translated and corrected by Yuri Robbers and Brian Fieldhouse.

The composition will be published in 2021 by Edition HH.

A duo with theorboist Chrystel Brandenburgh

During the lockdown, Dutch theorboist Chrystel Brandenburgh invited Emma to work together on seventeenth-century repertoire. In between working on composers including Purcell and Monteverdi, they recorded two Christmas songs.

“Flappie” is a famous Dutch Christmas song by Youp van ‘t Hek. It tells the story of a child’s pet rabbit who mysteriously disappeared on Christmas day…

We also recorded the haunting “What Child is This?” – a setting of Greensleeves with lyrics by William Chatterton Dix.

With thanks to Kathinka de Ruiter, our director and producer.

A new setting of an old Dutch carol

Emma’s composition on the old Dutch text “Lof sy dat soete kindeken cleyn” was performed on Christmas Eve by the Pancras Consort as part of a Christmas broadcast on Unity TV from the Hooglandse Kerk in Leiden.

Wishing you a safe and happy Christmas!