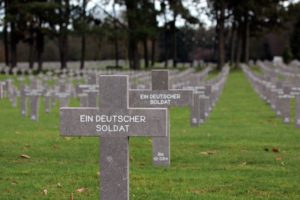 Germany remembers her fallen service men and women on the third Sunday of November. Emma is honoured to have been invited to sing for the German remembrance in Ysselsteyn German War Cemetery in the Netherlands. The cemetery in Ysselsteyn is the largest German war cemetery in the world, covering over 70 acres. It is the final resting place of over 31,500 service men, most of whom died during the Second World War. There are also 85 soldiers from the First World War.

The Facebook ‘event’ can be found via this link.