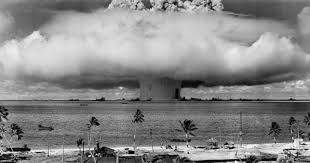 “The Armed Man” has a powerful, anti-nuclear message.

Emma will return to Nottingham to sing in a special performance of Karl Jenkins’s “The Armed Man” together with a joint choir from the Netherlands and the United Kingdom and the Nottingham Concert Orchestra under Dutch conductor Martin van der Brugge. She will also perform ‘Villanelle’ from Berlioz’s “Nuits d’Été” and ‘Where corals lie’ from Elgar’s “Sea Pictures” with the Nottingham Concert Orchestra and British conductor Angela Kay. The event is organised by Music for Everyone, the wonderful foundation through which Emma began singing when she was around six years old.