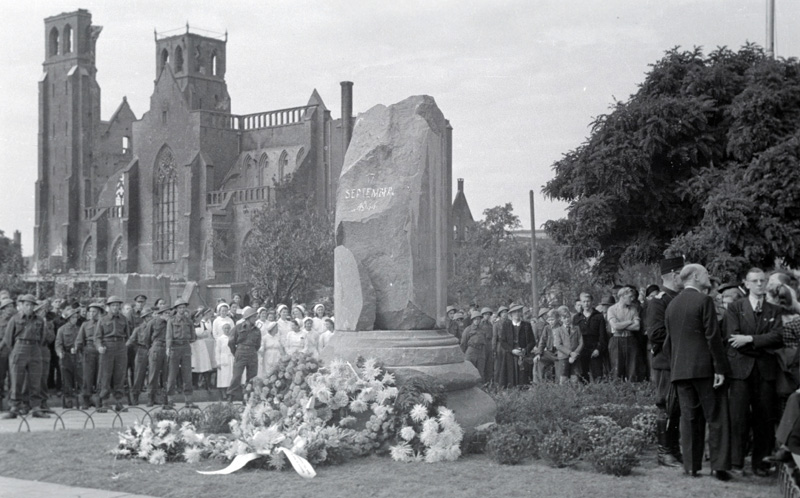 Arnhem during the Second World War.

On 20th September, Emma will sing during the Airborne Remembrance ceremony in Arnhem, the Netherlands, marking seventy-five years since Operation Market Garden, in the presence of veterans and HRH Princess Margriet of the Netherlands and Prof. Mr. Pieter van Vollenhoven.

Operation Market Garden was one of the largest allied operation of the Second World War. The goal was to take the crucial bridges over the rivers in the east of the Netherlands in order to be able to move troops towards Germany.Over 35,000 troops were dropped in and around Arnhem. However, they were not enough to take the bridges and the operation failed.

The Dutch still show their tremendous gratitude to the veterans who tried so bravely to liberate them in 1944. As the Arnhem City Council write on their website “On 20 September we will commemorate them: both in order never to forget, and to keep the connection between past and the present alive. Because, even in 2019, peace, security, and freedom cannot be taken for granted.”