Skip to content
Previous Next
Nu: A composition commission from Capella Vocale 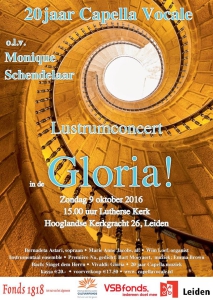 On Sunday, 9th October, Emma Brown’s composition “Nu” will be premiered by Capella Vocale. Emma was approached by the choir to compose a short piece for their twenty-year anniversary from the poem Nu by Belgian poet Bart Moeyaert.

The concert begins at 15:00. It is in the Lutherse Kerk in Leiden, the Netherlands. Tickets are available at the door or via penningmeester@capellavocale.nl.