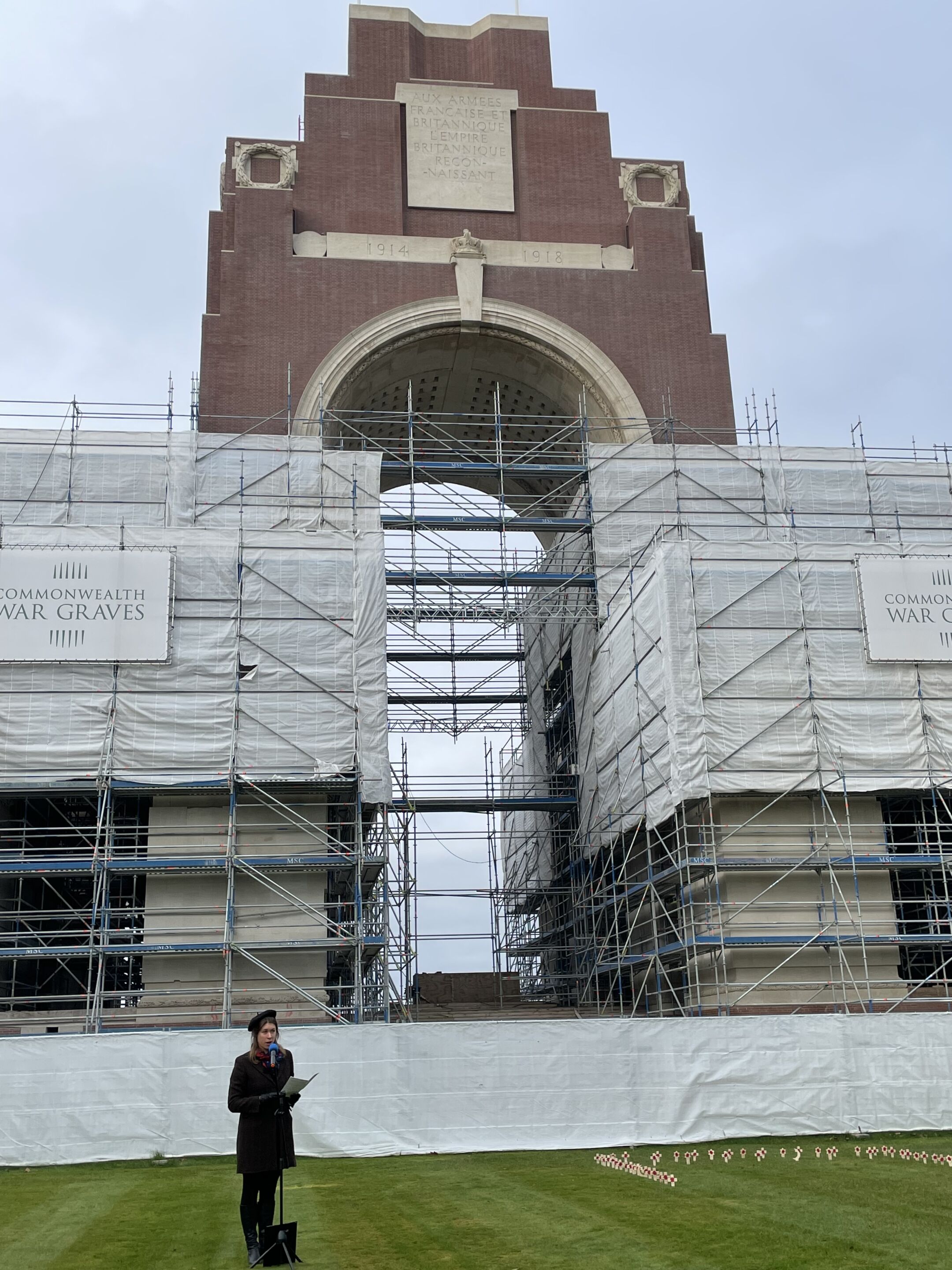 Thiepval Monument to the Missing

On 11th November, Emma sang for the Royal British Legion’s ceremony of remembrance at the CWGC Memorial to the Missing of the Battle of the Somme in Thiepval, France. This huge edifice has the names of more than 72,000 soldiers who were reported missing during the Battle of the Somme. It has become a place of pilgrimage. Emma led the hymns and anthems, and sang the poignant song “Danny Boy” in which a mother laments that her son has gone away to war and may never return.