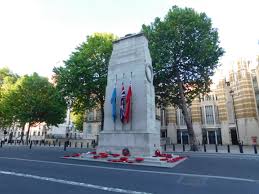 On 29th February, Emma will be a guest speaker at a symposium on the history of the British Guardsmen in the Netherlands. She has been invited to give a presentation about her work in remembrance and the history of remembrance in Britain, including the beginnings of the Commonwealth War Graves Commission. Other speakers include the authors Dirk Ruis and Wim Rhebergen, Theo Vleugels, the director of the Dutch War Graves Commission, and the former head of ceremony and protocol in the Royal Dutch Air Force Lieutenant Colonel Corstiaan de Haan. After the symposium, she will sing for a short moment of remembrance and contemplation.

The event is by invitation only.