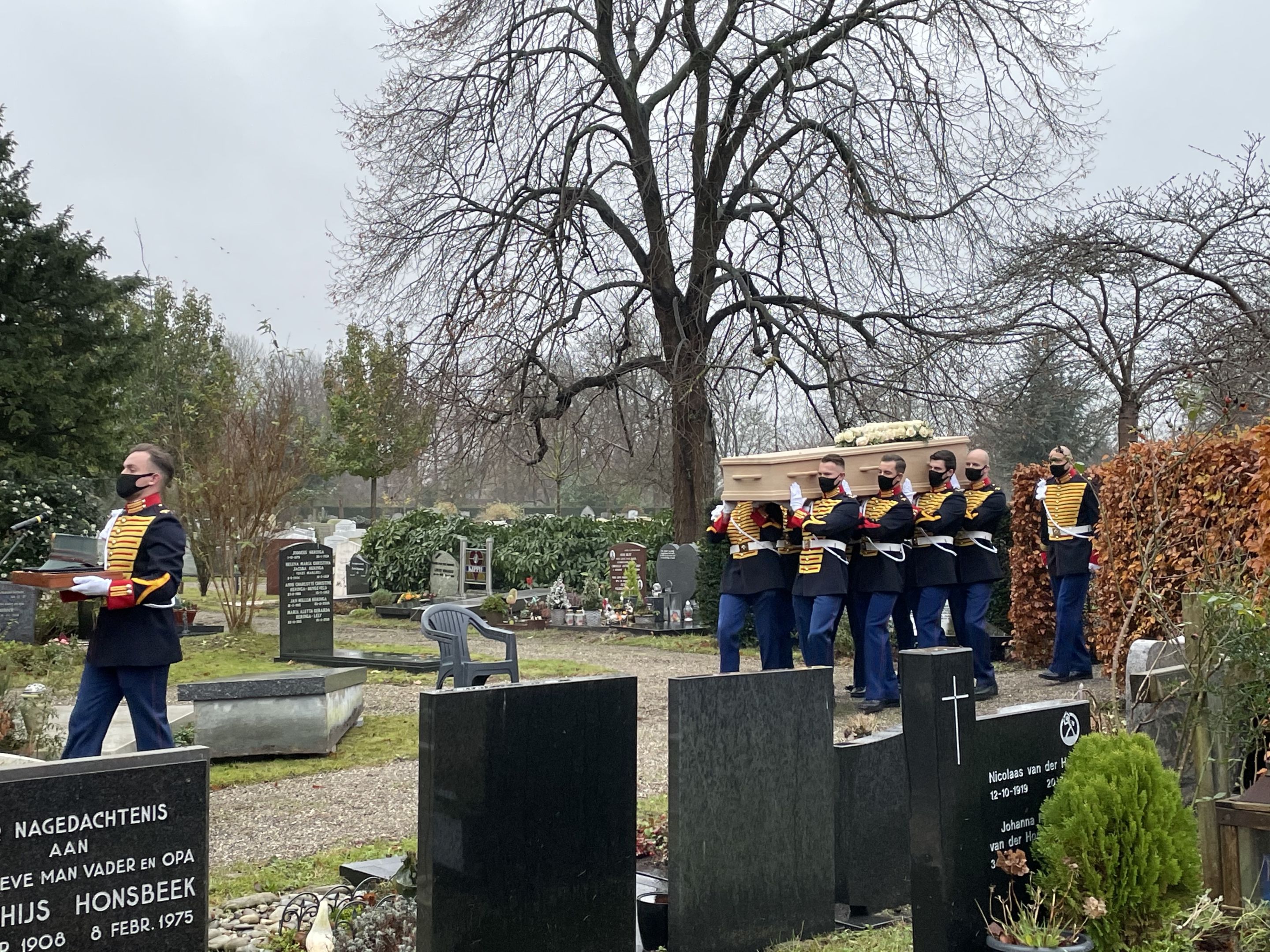 Emma was honoured to have sung at the funeral of Dutch veteran Paul Moerman. At age 104, he was the oldest Dutch veteran of the Second World War. He fought at the Battle of Ypenburg, eighty years ago. Emma met him at several veterans’ events, where he wore a placque with the names of his fallen companions.

The funeral, which was held at his church, had a strong military attendance including military pallbearers. Emma sang ‘Abide with Me’ as the coffin was carried out of the church. At the grave, the Taptoe Signal was played and we had a minute of silence. At the end of the ceremony, Emma sang ‘We’ll Meet Again.’