2018 marked the centenary of the end of the First World War in Europe. Emma sang in France during the opening ceremony of Great Vigil, an event across Pays d’Artois in which 274 remembrance sites were lit up, and at the CWGC Thiepval Memorial to the Missing. She then travelled to Belgium to sing at Tyne Cot and at the Tanks Memorial Ypres Salient.

This was a particularly special trip because Emma was joined by six pupils from her former primary school. It was lovely to introduce the next generation to remembrance ceremonies. During the visit, Emma was made honorary ambassador to the Tanks Memorial Ypres Salient.

In addition to her work for British remembrance, Emma was invited to sing for the official US Centennial World War One Ceremony in Europe, held at In Flanders Field ABMC cemetery in Waregem, Belgium. It was a beautiful event, attended by descendants as well as VIPs.

Emma was also honoured to be invited to sing for the German Volkstrauertag on 18th November on the request of British veteran John Sleep. The German embassy requested Amazing Grace and the aria Laschia ch’io Pianga from Handel’s opera Rinaldo. By beautiful coincidence, Emma sang the same aria a week earlier on 11th November at the CWGC Thiepval Memorial to the Missing of the Somme, just minutes after the centenaryof the the Armistice of Compiègne.

In France, Emma sang for ceremonies commemorating the Battle of Arras at the Wellington Tunnels (very much worth a visit), the Battle of the Somme at Thiepval and the Ulster Tower, the Battle of Normandy and the D-Day landings in various locations across Normandy, and for Pipers for Peace, a bagpipe festival in Amiens in which Emma sang with over four hundred pipers. She also sang during a family ceremony for the descendants of Lt. Colonel Charles Turner van Straubenzee.

Emma was very happy to sing in the the UK several times in 2018. As well as concerts in the north of England, she sang in Northern Ireland on 12th and 13th July, in Hay on Wye in Wales, in a charity veteran’s gala in Charing Cross Theatre in London’s West End, and on HMY Britannia in Leith, Edinburgh, for a Christmas dinner for veterans organised by D-Day Revisited. 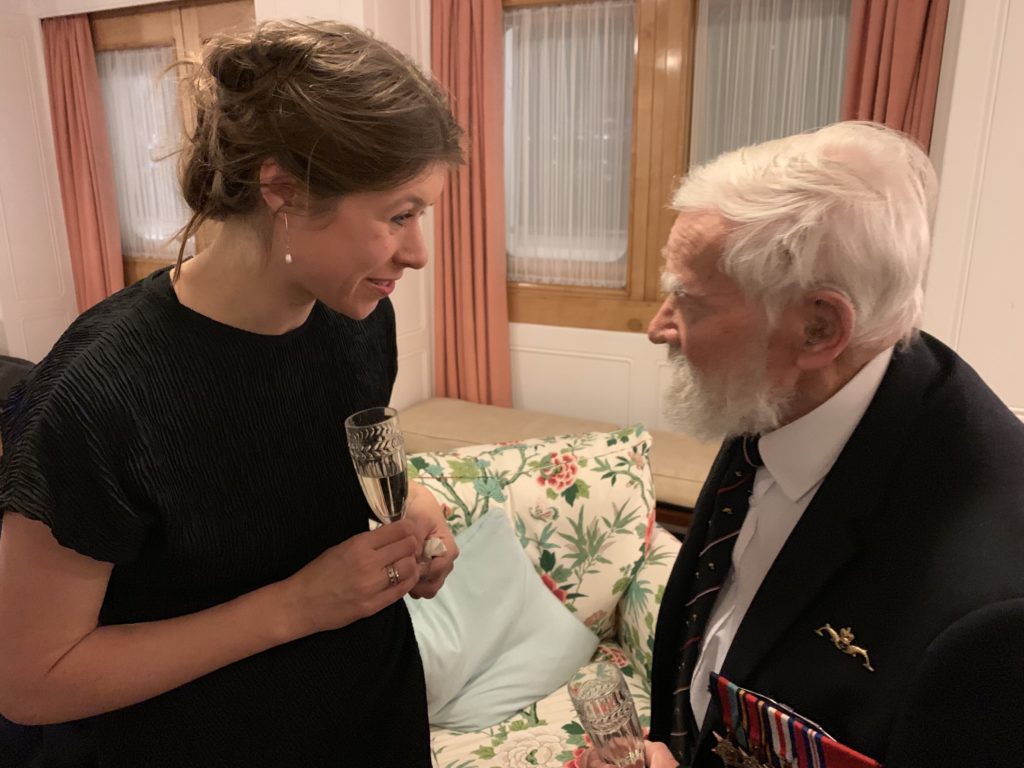 In the Netherlands, Emma sang for the Airborne Remembrance ceremony in CWGC Oosterbeek for Operation Market Garden, and for ceremonies organised by the Royal British Legion (Holland Branch), the Taxi Charity for Military Veterans, and the Stichting Nederland-Amerika. She also sang at the Dutch Veteran’s Institute in Doorn and for the Leiden veterans on Veterans’ Day.

Emma was honoured to sing at the unveiling of several monuments this year. In particular, a monument in Lion sur Mer for the crew of landing craft LCH185, which was sunk off the coast of Normandy in 1944. Survivor Patrick Thomas was present to unveil the monument and meet the family of his close friend who drowned.

It has been a wonderful and fulfilling year.