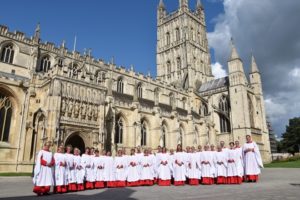 Emma will join the Leidse Cantorij in their annual Advent Concert in the Hooglandse Kerk in Leiden. The choir was founded in 1968 and specialises in Anglican choral music. As well as their regular work in the Netherlands, singing in most major cathedrals, they have sung in England in St. Paul’s, Gloucester, York, Rochester, and Peterborough Cathedrals, and St. George’s Chapel, Windsor. Their conductor is Hans Brons.

Emma has followed the choir with interest since she moved to the Netherlands since they evoke the Anglican choral sound so very well: the daily, choral Evensong is something she still misses. Recently, the Hooglandse Kerk has acquired a Father Willis Organ from 1892. Emma is delighted to be singing accompanied by this glorious instrument, in the capable hands of Willeke Smits.