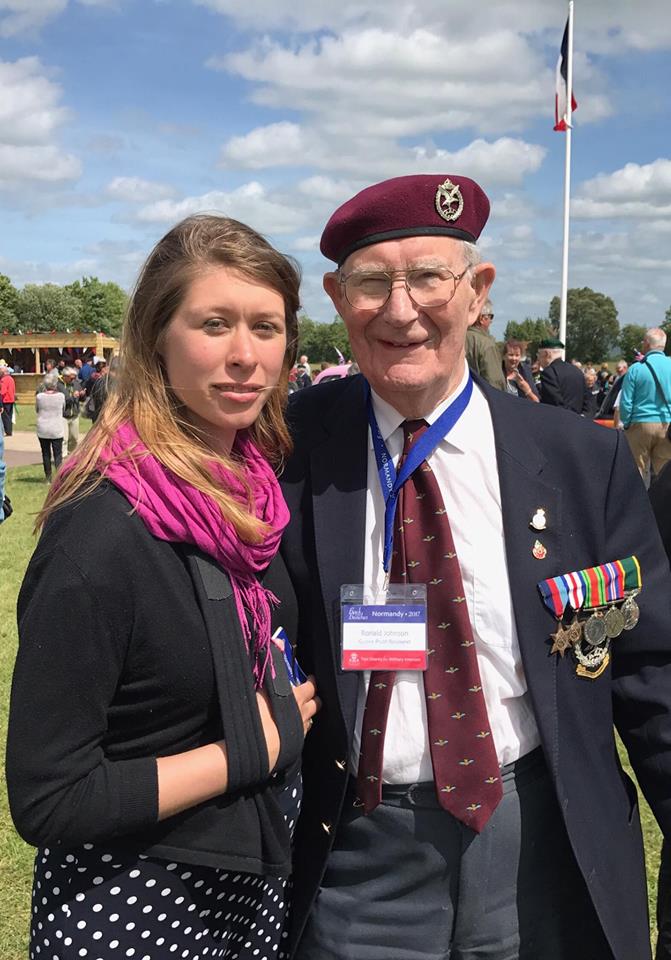 With Glider Pilot Ronald Johnson in Normandy in 2017. Ronald is keen to teach children the importance of avoiding conflict in order to create a peaceful world.

On 23rd September, 1944, three British aeroplanes crashed in Heteren, the Netherlands. They were serving as part of the allied operations agains the occupation of the Netherlands during the Second World War. All twenty-one crew members died in the crash, and they are buried in the village cemetery.

For the last seventy-five years, the residents of the village have gather on 4th May, Dutch remembrance day, to commemorate the airmen and thank them for the risk they took to free the area.

In recent years, British Airborne veterans, traveling with the Taxi Charity for Military Veterans, have been guests of honour at the ceremony. Last year, Glider Pilot Ronald Johnson, who served during Operation Market Garden, address the local children. He said: “Live in friendship with each other, then you have no reason to seek confrontation with each other.”

Emma will sing ‘Amazing Grace’ during the wreath-laying at this beautiful ceremony.