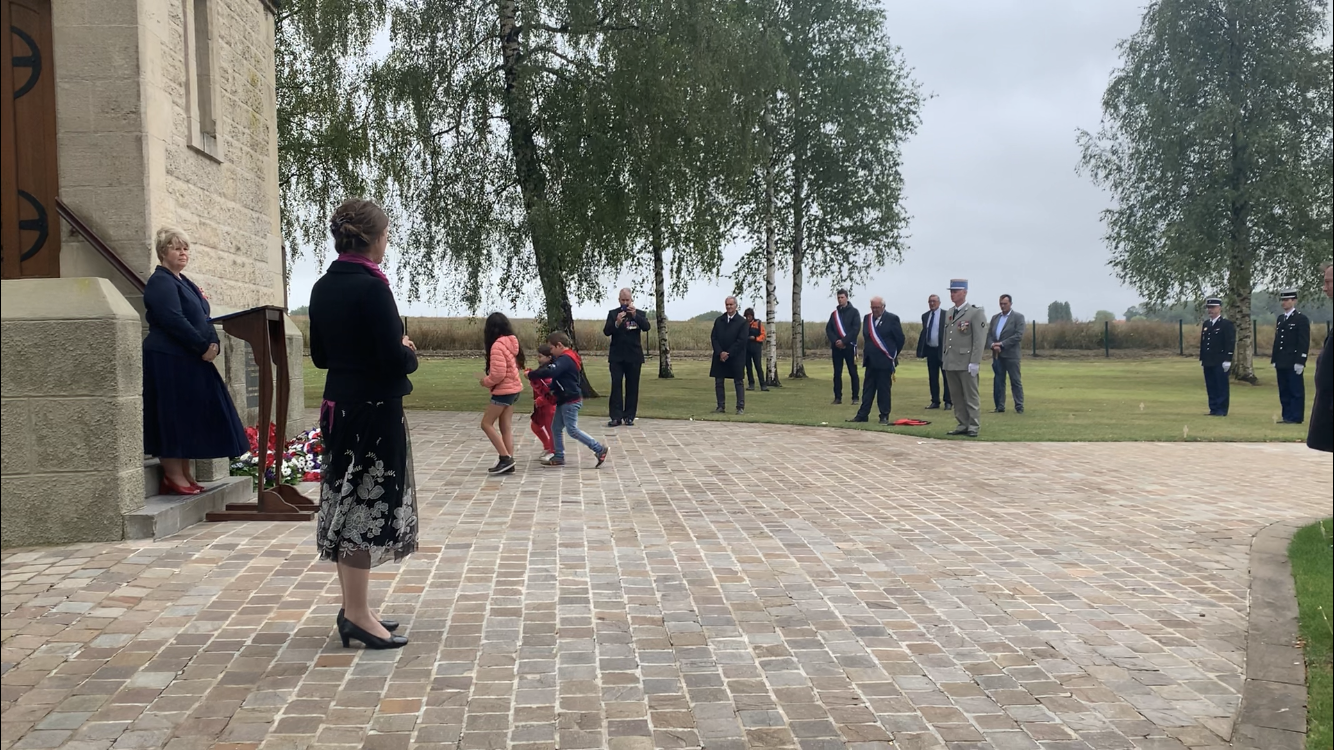 On 1st July, Emma visited France to sing for the 104th commemorations of the Battle of the Somme, organised by the Royal British Legion and the Somme Association.

The Battle of the Somme was the worst day in British military history. On the first day, 1st July, 1916, over 57,470 casualties were recorded.

The Thiepval Memorial to the Missing lists the names of over 72,000 British and Commonwealth soldiers and officers who were reported as missing.

Emma sang during the Royal British Legion’s ceremony at the Thiepval Memorial to the Missing in the presence of the British Ambassador to France and attachés and representatives from New Zealand, South Africa, Northern Ireland, Australia, and other nations.

The next ceremony was at the Ulster Tower, Northern Ireland’s national war memorial. The tower was built to commemorate the 36th (Ulster) division, who suffered extreme casualties.

The final ceremony of the day was at Guillemont at the memorial for the 16th (Irish) Division.