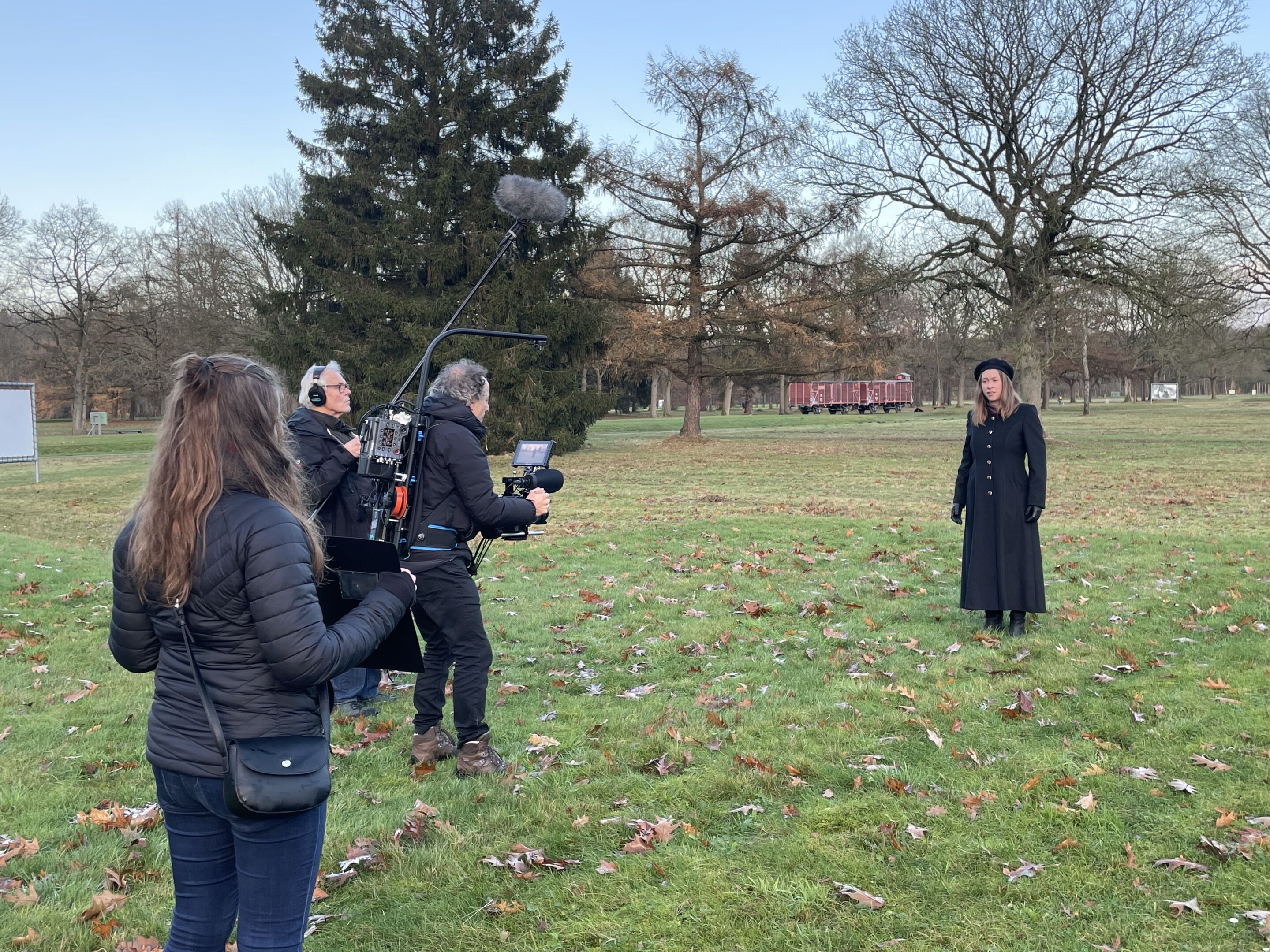 Last week I sang in a place where I would never have expected to have heard music. Camp Westerbork, in the Netherlands, was a Nazi transit camp during the Second World War. Over 97,000 people passed through Camp Westerbork. Almost all of them were transported to Auschwitz and Sobibor.

Singing there was intense. When the recordings are released you will see why. It is a deeply tragic story. The recordings were for an episode in a series of mini-documentaries to make the 75th anniversary of the Dutch War Graves Commission, presented by Lisa Wade, with IDTV.

They document the lives of Dutch people during the Second World War. The series, “Lang Zouden Ze Leven” can be seen on the website of the Dutch War Graves Commission.

A Mass for mezzo-soprano and piano 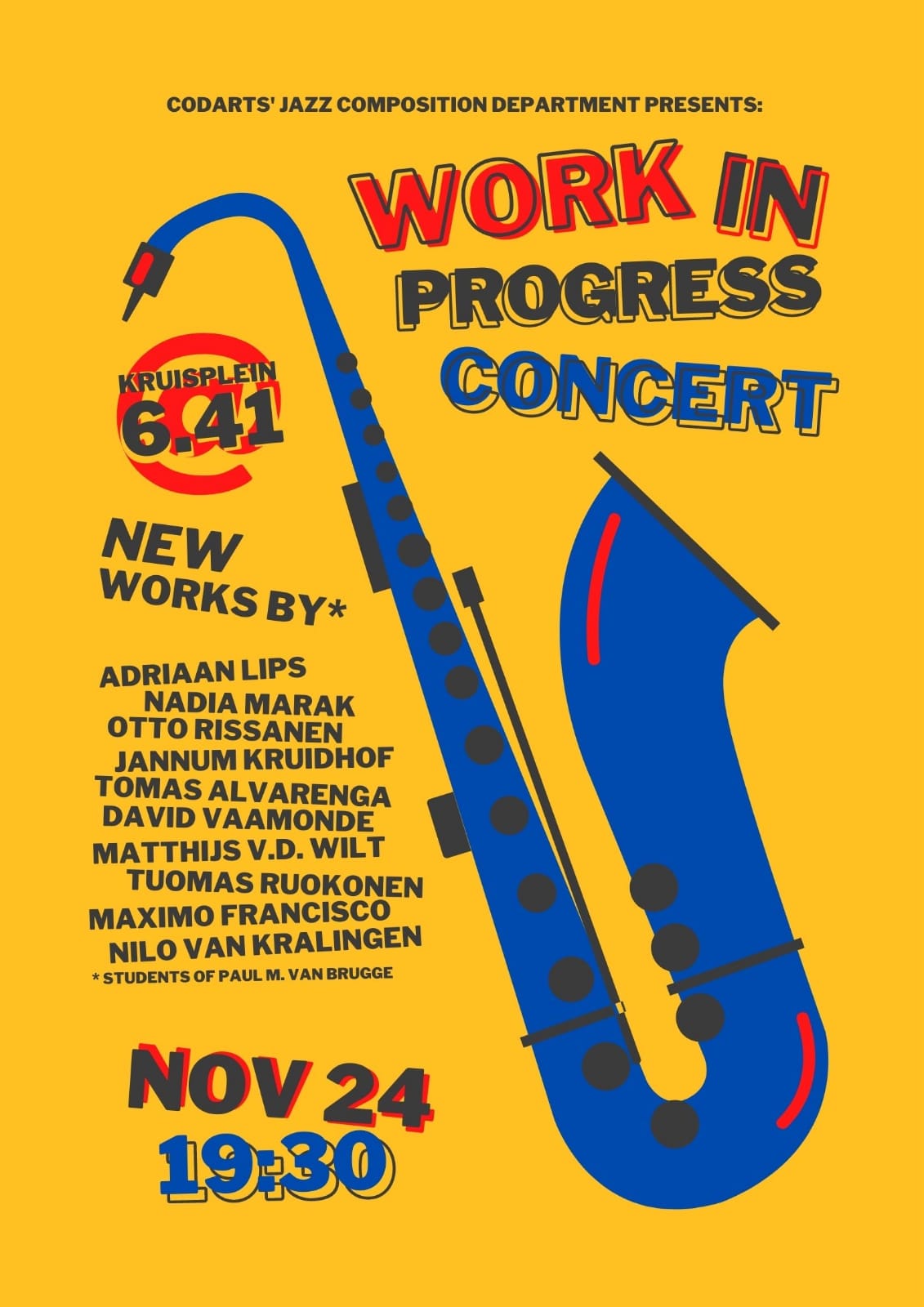 Together with pianist David Vaamonde, Emma will give a sneak preview performance of the Kyrie from Jannum Kruidhof’s new mass for piano and mezzo-soprano. The concert is at Codarts Conservatoire, Rotterdam, and will be broadcast via their website to a broader public. 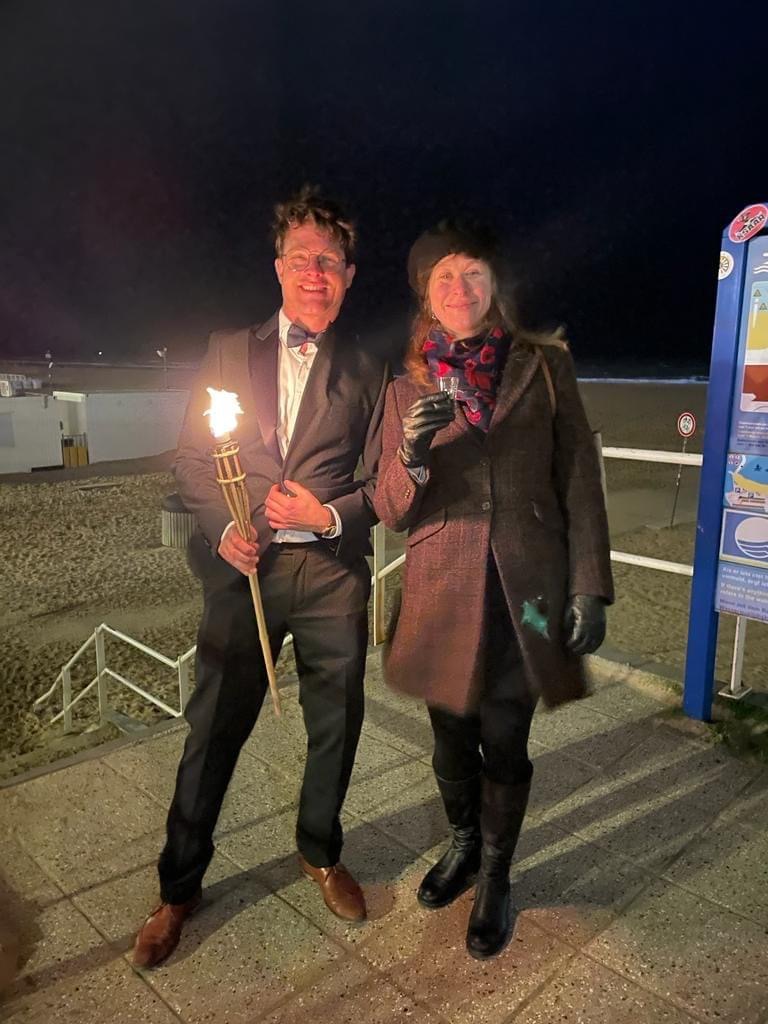 Nearly eighty years ago, on 23rd November 1941, a joint British-Dutch intelligence operation successfully managed to send a Dutch agent to the occupied Netherlands. The operation was called “Contact Holland.”

Pieter Tazelaar swam from a boat to the beach at Scheveningen. He was wearing black tie evening dress. He poured some Hennessy XO cognac over himself and walked up the beach, pretending to be a drunk reveller, and he was thus able to get past the German guards.

On 20th November, on the windswept boulevard in Scheveningen, a small group of people took a moment to remember the Special Forces agents in the Second World War. The head of the Dutch SAS was there, along with descendants of Tazelaar, and representatives from the Museum Engelandvaarders. A letter was read from Dutch Prince Peter-Christiaan, who works closely with Dutch security forces.

After Emma’s song, a man dressed in a black tie ran up to the boulevard from the beach carrying a torch to symbolise the hope that the intelligence team brought to the Netherlands. The group then raised a toast, of course with Hennessy XO.

The ceremony was organised by Dutch author Victor Laurentius who published a biography of Tazelaar in 2009. Needless to say, Tazelaar and Operation Contact Holland were the inspiration for Ian Flemming’s James Bond.

Friday, 19th November, 2021 marked the centenary of the Ulster Tower, Northern Ireland’s national war memorial. It is located in the Somme, France, along the former German front line, where thousands of young men were killed in the Battle of the Somme in 1916. To this day bodies are still being recovered in the surrounding fields.

For the first time in history, the band of the Defence Forces Ireland and the Royal Irish Regiment joined together. They accompanied a remembrance service at the tower and gave a concert in the basilica in Albert. Emma was honoured to be working with them, and with their conductors Tom Kelly and Richard Douglas, and performing in the presence of various heads of state and diplomats.

Together with pianist Lieselotte van Tol, Emma will present a lecture recital about the history of opera and musical theatre. It includes songs from well-known operas, operettas, and musicals, and invites you to question the genre. Tickets are available at the door. 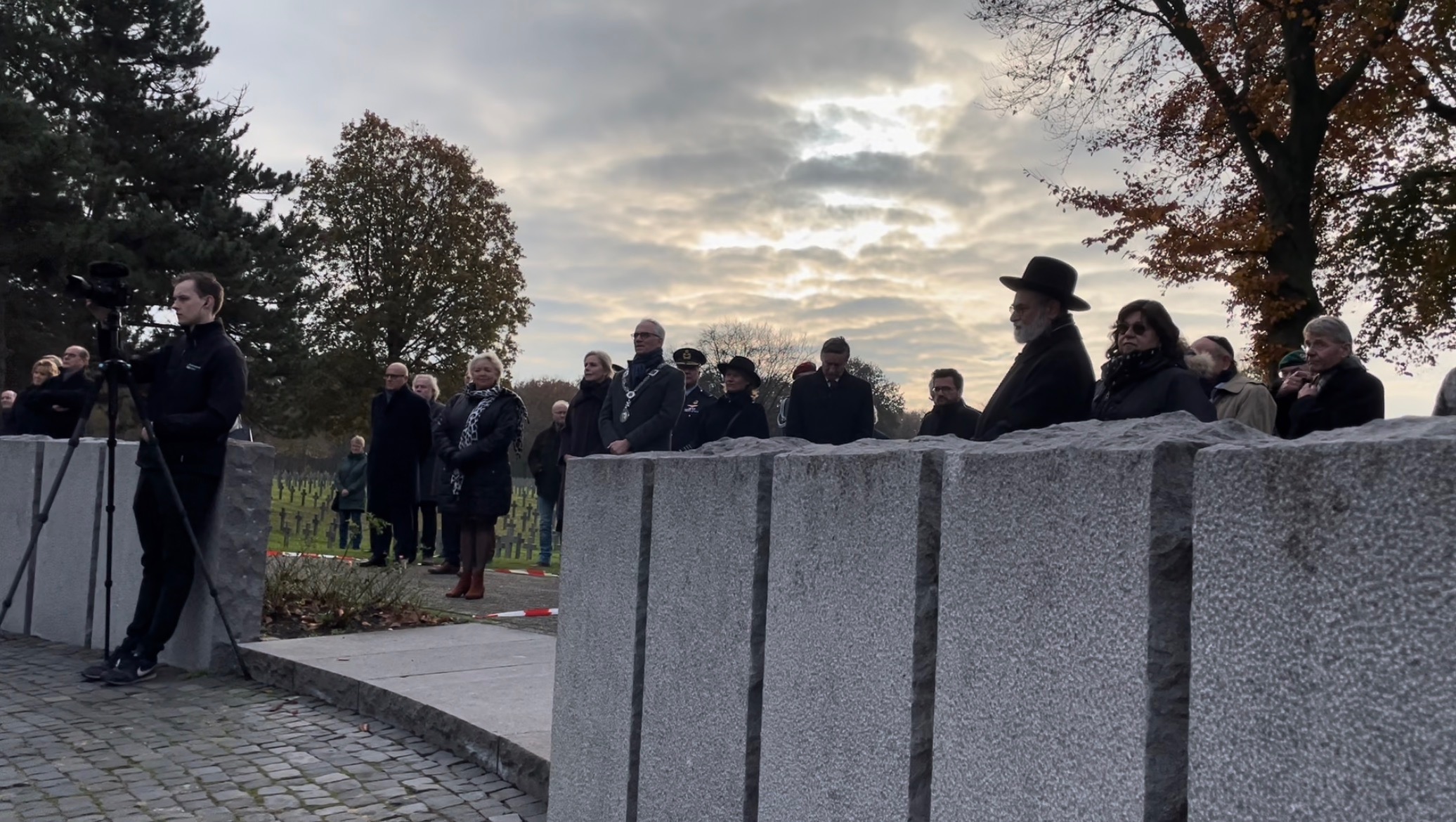 I first sang at Volkstrauertag on the invitation of British veteran John Sleep. He fought in the Netherlands and was injured by a German tank shell. He was grateful for his injury because he believed it saved his life; he believed he was deliberately injured and not killed.

John died last January aged 100. Had he been alive and able to travel, he would have attended the Volkstrauertag ceremony in Ysselsteyn, the Netherlands, and the ceremony at the Monument of Tolerance, as he did every year.

This year’s ceremony was very confronting. For the first time, the Chief Rabbi of the Netherlands was present. He gave a speech and led the prayers in Hebrew and Dutch.

Surrounded by the graves of 32,000 German soldiers and civilians, and of Dutch collaborators, we prayed for the millions of victims of the Third Reich’s terrible campaign of hatred and discrimination: Jews, Sinti, Roma – victims of some of the very people whose graves surrounded us, victims who have no graves.

Chief Rabbi Jacobs said he felt almost as if he were a traitor by being present at the ceremony, and yet he was grateful to be together with people who are not trying to polish away the past, but working to make it visible and to confront people with and warn them about the consequences of prejudice and hatred.

After the ceremony we had tea in the new visitors centre. I was moved by the warmth of the Rabbi and his wife. And very, very sad to learn about the anti-Semitism that people still face today, in 2021, right here in the Netherlands. There is still much work to be done.

Chief Rabbi Jacob’s speech, in Dutch, is available on his Twitter feed. 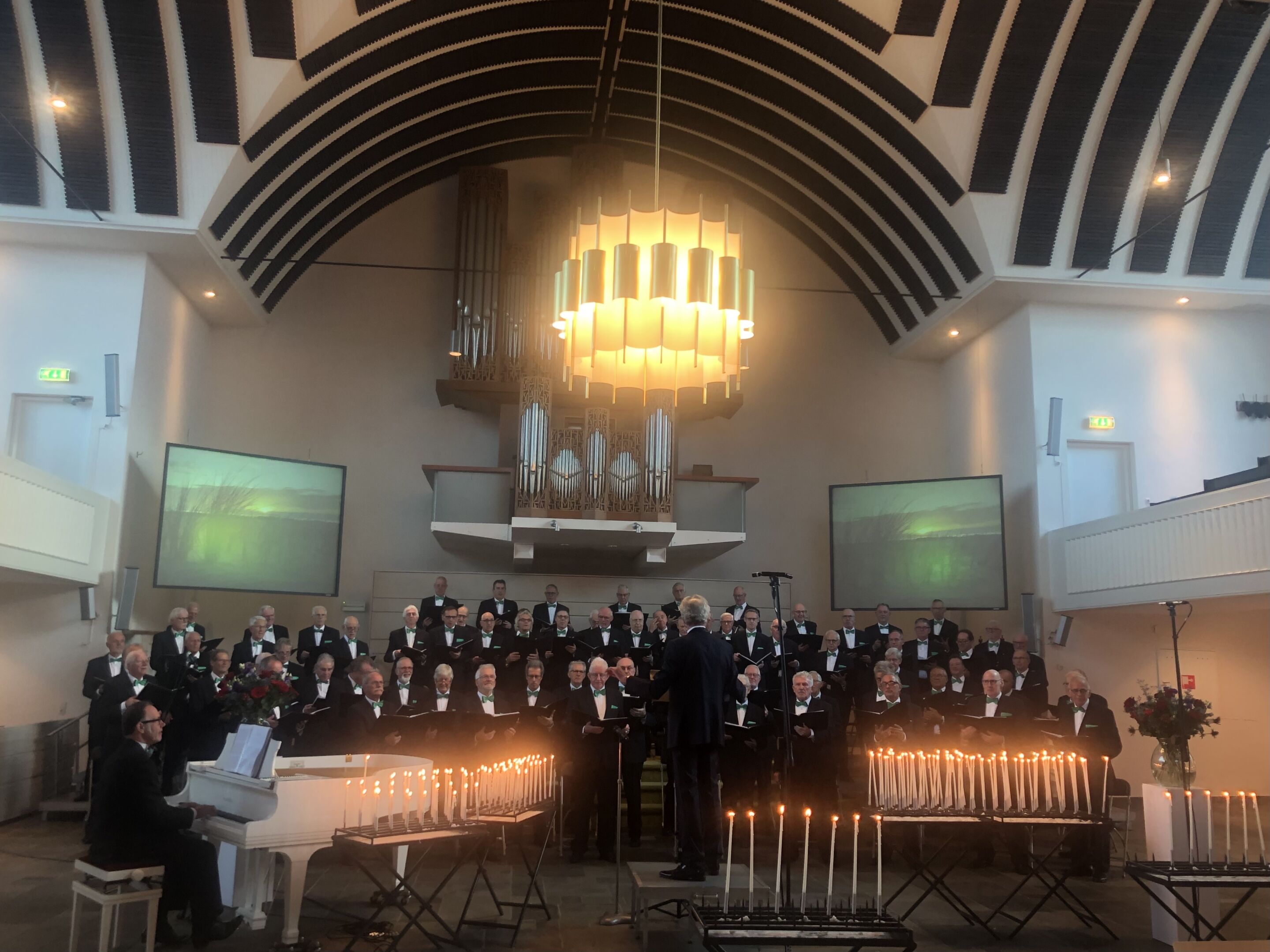 Emma was delighted to collaborate with the famous Westlands Male Voice Choir and conductor Hans de Wit and pianist Martin van Broekhoven in a video project organised by Arum Uitvaartzorg.